Amongst my 128 6x great grandfathers, Gurney was a miller, Salter was a brickmaker and Delap was an owner of slaves and sugar plantations. Thomas Marsom was an ironmonger to trade, a useful profession but not his main claim to fame.

(I’m going with the majority here in calling him my 6x great grandfather, but from the dates and a reference to him by my genealogical predecessor Brodie Gurney he may well have been a generation earlier. Thomas was certainly a family name across several generations, and a later descendent Thomas Marsom (1743-1815) wrote a New Year’s Day hymn. My Thomas Marsom’s daughter or grand-daughter Martha married my 5x great grandfather Thomas Gurney in 1739, but Marsom himself died in 1725 or 1726 and was old enough to have been in prison in the mid to late 17th century. Martha was born in about 1705.)

Anyway, this Thomas Marsom’s place in history was assured when he found himself in Bedford Gaol along with 59 other religious dissenters, one of whom was none other than John Bunyan. We can’t be sure of the exact date, because Bunyan was in and out of prison several times between 1660 and 1675. 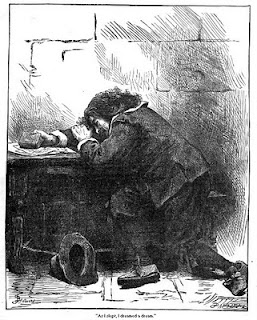 During one such incarceration Bunyan had been inspired in a dream to begin work on a new allegory. And it was while the two men shared a cell that Bunyan showed Marsom an early draft of it. Marsom was sufficiently impressed to say to Bunyan, “John, print it.”

The draft was of Bunyan’s great work The Pilgrim’s Progress, and it duly appeared in print in 1678. It became the most widely read book in the English language after the Bible. Chances are that it would have got to print even without Thomas Marsom’s ringing endorsement; but Thomas certainly played his part in the history of English literature, and in the evolution of the dissenting church which would be central to the faith of his descendents for 200 years. 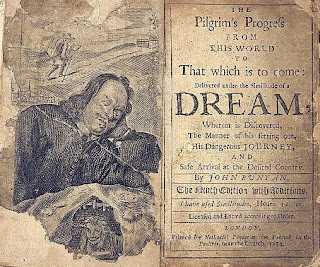 Thomas Marsom's contribution to English literature
Posted by Heart of the Wood at 07:30