Amongst the family history treasures that I inherited from my Uncle John there was a scrawled note which read as follows:


I never saw that house before, it is not one of our family. Our Sadleir Grandma was the daughter of the Hon’ble Eyre Massy and he was the son of Lord Massy who married a Spanish lady. That is where some of the family get “Spanish eyes” they come out in every generation. Grandmother Sadleir was very dark but she hadn’t “the eyes”. She married again and she had a daughter more Spanish than any of you. I have seen them all. Our Aileen has a look of your mother and Netta said she has the “Spanish eyes”. If I could get upstairs I would look for the pamphlet and lend it to you. I live off the hall and if I come downstairs I have to sit down and bump down each step.

I have no idea what house affectionate Aunt Louie was referring to, but I love the image of her bumping down the steps with a pamphlet in her hand. More excitingly I had no idea as I read it who any of the people involved in the note were. But now that she’d mentioned it, I had to agree with Aunt Louie about the Spanish eyes; one, perhaps two of my brothers, definitely. 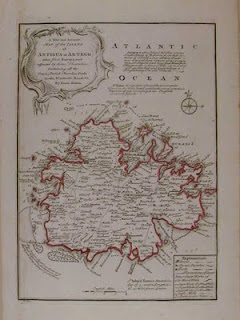 
It was who brought them to the family. She took some tracking down, and I think the “Spanish” was a bit of a euphemism. She was my 5x great grandmother, the daughter of Francis Delap, who owned a large sugar plantation on . He was Irish, from Scottish stock, and her mother was Elizabeth Donaldson, so it’s hard to see where the Spanish eyes come in, unless there were some shenanigans on the plantation.

Presumably Francis returned regularly to or perhaps kept his family there rather than exposing them to a strange colonial life on the plantation. At any rate his daughter met and married Hugh, first Lord Massy (of Stagdale, Duntrileague, Suir and no doubt a few other Irish castles) in 1754 – Lord Massy was himself 54, 28 years her senior, and she was his second wife. She had six children with him, one of them the Hon Eyre Massy that Aunt Louie mentions, and perhaps that’s why, despite being 28 years his junior, she died four years before Hugh. 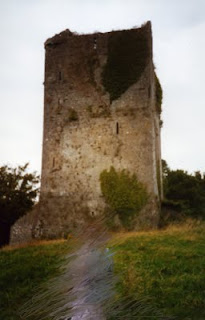 
She died at . The castle itself will have been a ruin even in ’s day. There was a modest country house next to it, of a date which suggests it might even have been built for . There were several outhouses – stables, dairy, servants’ quarters – and an ornamental lawn in front with a semicircular drive for the carriages to pull up to the house. the house and the que ruin of the old castle stood on a high bank above the River Suir, with a long view west across the Golden Vale to the sunsets over the .

Lord Massy died not at Suir but at his seat, Stagdale. And I wonder if they were living separate lives, or whether he just couldn’t bear to go back to Suir after died. 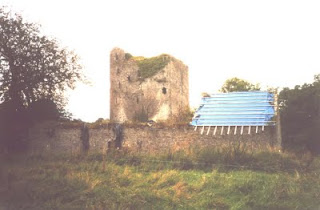 Suir Castle stables in the rain - sunset not pictured


It’s certainly a desolate place now. Or at least is was when we found it at the end of a long overgrown lane, two miles from the nearest tarmac road, in the pouring rain one October afternoon. The servants’ quarters are still standing, mostly roofless, although someone was doing up the stables when we visited. You can still see the traces of the drive, and the embankment created by levelling the lawn, but the house itself is a pile of rubble, barely one stone on top of another. And the ruined castle is still a ruin.
Posted by Heart of the Wood at 07:30