I now find that I have not two but three connections with the strange case of the cross-correspondences. The mediums at the centre of it, Margaret Verrall (see my earlier post) and her daughter Helen, were my great great and great aunts, but one of the dead correspondents is also an ancestor. 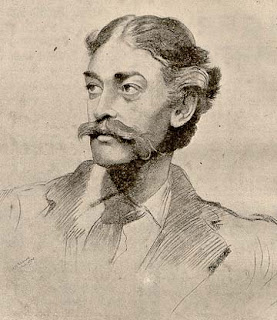 Edmund Gurney (1847-1888)
My cousin Edmund Gurney (his great grandfather was my 4x great grandfather) was an intellectual philosopher, a frustrated musician, a too-sensitive medical student, a bored lawyer, a gullable sceptic. In short he was a complicated, intelligent man prone to depression and addicted to the chloroform which relieved his neuralgia.
Edmund was the son of a Unitarian minister but Darwinian science had undermined his Christian faith. His search for a greater meaning and value in mundane existence led him to devote the last fifteen years of his life to experiments and research in hypnotic states, telepathy and hallucinations. In 1882 he was a founder member of Frederick Myers’ new Society for Psychical Research.
Gurney’s published works included “The Power of Sound” (1880), an essay on the philosophy of music; and “Tertium Quid” (1887), which might loosely be translated as “The Third Way”, an argument for open-minded discussion, ideas developed from more than one aspect, and the existence of a third state between mental and physical, between god and atheism. 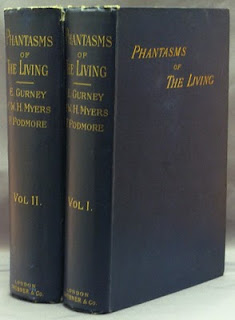 "Phantasms of the Living", by Gurney, Myers and Podmore,
the results of their early experiments in thought-transference
He was a clever and energetic researcher. It is astonishing and tragic therefore that he should have entrusted the execution of his experiments in hypnotism to a theatrical producer by the name of George Albert Smith. Smith, it emerged in Spring 1888, had been using stage effects and techniques to falsify phenomena. This was precisely the sort of deceptive showmanship which the ’s early studies of mediumship had exposed, and it undermined all of Gurney's results.
Edmund was a broken man. His rising reputation as a man of science was dashed on the rocks of theatrical illusion. In June that year he was found dead in a hotel bed in , a chloroform pad still held to his nose. The coroner passed a verdict of accidental death, although suicide seems a clear possibility.
So much for Edmund Gurney’s life and death. The most extraordinary part of his story now follows. Edmund was part of the group of surviving dead who entered into cross-corresponding communication with the living through a number of independent mediums all over the world (including my great great and great aunts) to prove their survival. Once they had provided proof, at least to their own satisfaction, of an existence beyond the grave, the group came up with an even more ambitious experiment. Winifred Coombe Tennant (1874-1956)
Welsh writer, politician, suffragette, patron of the arts
and, as Mrs Willetts, celebrated medium
To prove further the ability of the dead to influence the living, the group asked one of the mediums, Mrs Willett, to bear a child, a son, who would be the fruit of Edmund Gurney’s psychic paternity. The physical father was to be Gerald Balfour, her lover and the brother of former British Prime Minister Arthur Balfour and of Eleanor Balfour the wife of another cross-correspondent Henry Sidgwick, founding member and first president of the .
It is a little surprising that the group should have chosen Edmund for the job, of psychic godfather to the new Wunderkind: a manic depressive dilettante, a possible suicide with four failed careers behind him. Nevertheless the boy was born on , Augustus Henry Serocold Coombe-Tennant (Mrs Willett’s real surname), amidst great expectations. Before the birth Mrs Willett had almost messianic visions of him, and the group spoke of his coming in terms of a New World Order.

The boy, highly intelligent, was unaware, perhaps throughout his life, of the burden placed on him. But one day he told his sister-in-law during a walk on beach of a terrifying dream he had had: “He seemed to be three persons: he would rise up from the bed and look at his three selves. There were other people in his bedroom and he got the impression that they were trying to make him do something.”
Perhaps the three were Gurney, Myers and Sidgwick. But like Gurney, Henry’s life never fulfilled its enormous potential. He was described as sexless and lacking inner fire, which was perhaps smothered during an over-protective childhood. At any rate after an unremarkable military career and the death of his mother in 1956, he converted to Roman Catholicism and entered the Benedictine order as a monk. He died in a monastery near in 1989. 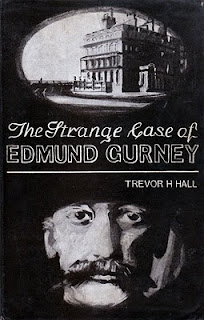 The Strange Case of Edmund Gurney, by Trevor Hall (1964)
Despite the ambitious aims of the cross-correspondents to prove life after death, the often obscure knowledge of classical literature which they used to do so, and the staggering boldness of the scheme to create in Henry a being of a higher order … despite all this, Edmund Gurney seems to have maintained in death the depressed underachievement of his living years. He once communicated to one of the receiving mediums these plaintive, self-effacing, rather sad words:
“You never seem to realise how little we know. I’m not … sometimes I know and can’t get it through, but very often I don’t know.”
Posted by Heart of the Wood at 07:30 7 comments: 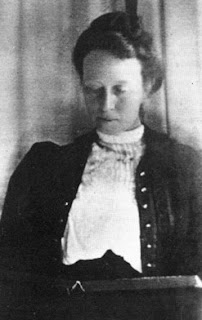 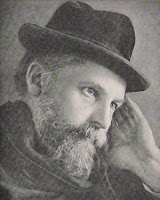 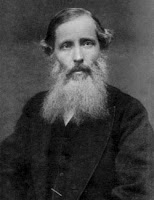 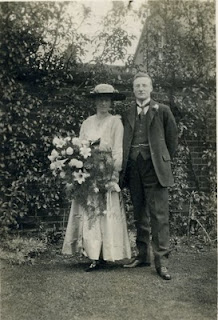 
More on the cross-correspondences in my next blog.
Posted by Heart of the Wood at 07:30 7 comments: