It’s funny how things come in bunches – buses for example, and some days everywhere you look you’ll see nothing but ambulances, or magpies, or reruns of Friends. I don’t get much feedback at all from this blog, which is perfectly okay with me; but in the last month or so I’ve had three very different contacts from readers of an old post here about Rebecca Delap. It’s led me to some enjoyable detective work and the piecing together of a story. 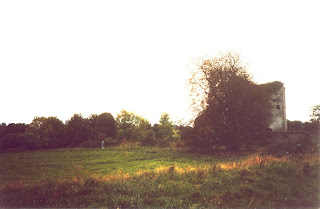 Suir Castle and demolished mansion from the east, 2004
Rebecca was my 5x great grandmother. She married Hugh Massy on 16th April 1754 and almost exactly nine months later, on 13th January 1755, their first child Francis Hugh Massy was born at their marital home. They lived in Suir Castle, near the village of Golden in Co Tipperary – the principle Massy residence, the family seat at Duntrileague in Co Limerick was presumably still occupied by Hugh’s father. I described my visit to Suir in that earlier post. Before my visit it had just been a name on a genealogical chart to me, and afterwards all I really knew was that at some point a mansion house had been built beside the old fortified tower; both were ruined when I went to see them.
My image of it was transformed by a picture sent to me by my first correspondent. It’s a sepia watercolour of "Suir Castle and the old mansion house" by the Irish artist George Victor Du Noyer. The chap who sent it thought it looked deserted, and added that it was certainly unoccupied ten years later when it was given no value in Griffith’s valuation of 1850. 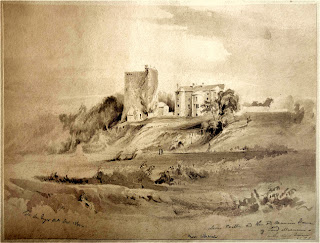 Suir Castle and deserted mansion from the west, 1840
He also put me in touch with a fellow Massy descendent, a distant cousin living in the Yukon in northwestern Canada. From her fantastically detailed family tree research I found the names of several of Rebecca and Hugh’s children who had been born at Suir, the most recent (Rebecca’s granddaughter Rebecca!) in 1816.
Then this week a third person got in touch. He’d been walking in the area, found the castle, was intrigued enough to Google it, and found my post. In the course of comparing notes with me he told me of a nearby Georgian or Regency building called Suir Castle House which has changed hands recently and is still after many facelifts a home.
So …  it’s still work in progress, but putting all this together, the four of us can now tell quite a lot of the Suir Castle story. The mansion there may well have been built for newly-weds Hugh and Rebecca Massy. There is no information yet of any earlier event than the birth of their first born. It was a family home for at least two generations of Massy: Hugh and Rebecca, and then their son Francis Hugh Massy (the first to be born in the Suir Castle mansion). Francis Hugh’s eleven children were all born at Suir, and the eldest, Francis, is styled Francis Massy of Suir Castle, suggesting a third generation of occupancy before the mansion was deserted by 1840. (Francis’ father Francis Hugh died in 1817.) 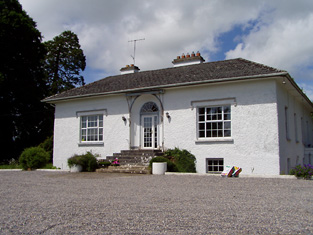 Suir Castle House, c2005
But if the new Suir Castle House is genuinely of Regency date, it was built somewhere between 1811 and 1820. As it happens Francis Massy of Suir Castle got married in 1820, to one Anne Molloy. So perhaps he built Suir Castle House for another pair of Massy newly-weds, himself and Anne. (Unfortunately I don’t know where their children were born: it would confirm all this speculation if it turned out to be Suir Castle House!)
Hugh, Lord Massy, was elevated to the peerage in 1776, and presumably Rebecca became Lady Massy. But Rebecca was Hugh’s second wife, and the Lordship passed through the children of his first marriage. Although the Massy family was a dominant force in Irish society, the Suir Castle branch never achieved the status of the more senior branch of the name. But at least we can piece together some of its history through the buildings it lived in. 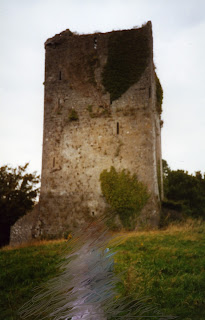