Emma Gurney, my great great grandmother, was the daughter of a Baptist passionate about education. The work of her father William Brodie Gurney led to the founding of the Sunday School Union and the publication Youth’s Magazine.  Mr Gurney himself served on the committees of those institutions and of countless others, as secretary, treasurer or president. He was a leading Baptist of his day. Particularly after her mother died in 1828, he also played the role of family patriarch, holding court from the Gurney home in south London. There, the Christmas parties for his eight surviving children and (by the time of his death) 62 grandchildren were legendary. 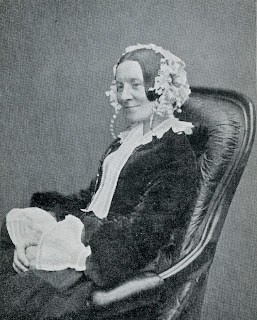 For a daughter, such a role model was a hard act to replace. What potential husband could ever reach the lofty, idealistic heights, the moral, political, social and religious standards set by her father? The man she married in 1836, William Salter, was a close match. They had met through their voluntary work as teachers at their local Baptist Sunday school in Denmark Hill, South London. It was while teaching there that William (her father’s namesake!) felt the calling to train for the Baptist ministry. He studied at Stepney Baptist College, whose treasurer was his future father-in-law W.B. Gurney.

Salter’s fundraising activities on behalf of the Baptist Missionary Society (of which Gurney had become treasurer in 1835) must further have endeared him to Emma’s father. His selection as minister of Henrietta Street Baptist church in London’s Covent Garden clinched the deal, and William and Emma were married on 19th October 1836, only a fortnight after his ordination.

William, with Emma beside him, undoubtedly worked hard within his inner city parish. But London in the early Victorian era was not a healthy place. One historian writes that from 1830 to 1850, no Londoner was ever really well, and William became seriously ill in 1842. His doctor advised him to move to the country and he accepted a position as minister of the Lower Baptist House in rural Amersham. In Amersham he and Emma raised their family; most of their seven children were born and went to school there. In time William Salter joined his father-in-law on the board of Stepney College and continued his good work for the Baptist Missionary Society. In August 1854 he hosted a B.M.S. fundraising event in Amersham at which W.B. Gurney was the special guest. 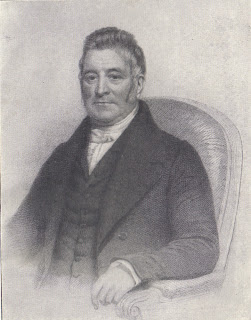 It was one of Gurney’s last efforts on behalf of the Society. He died on 25th March the following year at the age of 77. Emma’s grief was immeasurable and plunged her into a spiral of declining health which forced William to resign from his Amersham charge to look after her. For two years Salter was without a parish, making ends meet by writing for the Religious Tract Society and temping at Brentford Baptist Church which was then between ministers. When in 1858 he did find a permanent post, as minister at the Warwick Street Church in Leamington Spa, he fell out with the church’s board over their failure to provide school rooms. After less than two years in post he felt obliged to resign again.

The Salters must have felt that life had become one long struggle. William was on the point of leaving Leamington. But some fifty of his former parishioners had resigned with him and they persuaded him to stay. With their support, the Salters at last felt re-energised and strong enough to recover from the many blows and difficulties of the last five years. A congregation without a church, they bought land in Clarendon Street and began to build one, on the site of the old Clarendon Inn.

And meanwhile the work of the Lord still had to be done. William and Emma determined to set up all the functions of a Baptist church, refusing to let the mere lack of a building stand in their way. Services were held in Beck’s Rooms on Upper Parade; a school for infants and girls was established in the Public Rooms on Windsor Street; and a night school for boys was held in the Tachbrook Street Missionary Rooms. William taught Scripture of course; their daughters Anne, Emma and Maria all assisted, teaching songs, reading and arithmetic; and in 1861, Emma Gurney Salter started up a regular Mothers’ Meeting, the first of its kind in the town. 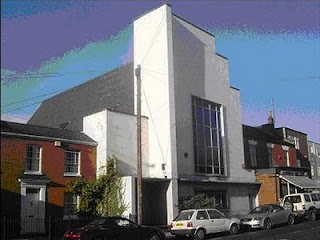 Clarendon Street Chapel (capacity 400) held its first service on 22nd June 1863 and Clarendon Street British School opened three weeks later. The congregation was large enough to have paid off all the new building’s debts by the end of the year; and the school, officially licensed for 91 children, often attracted as many as 150. After the years of adversity, the establishment of the Clarendon Street church was an enormous achievement by both William and Emma. They remained there to nurture its development for the rest of William’s life. One feels that W.B. Gurney would have been proud of them both.

Much of my information about William and Emma’s time in Leamington comes from Lyndon Cave’s excellent book “Royal Leamington Spa” which has just been republished in a revised edition.
Posted by Heart of the Wood at 07:30