STEPHEN SALTER (1825-1896) AND THE ALLOCATION OF ARCHITECTURE 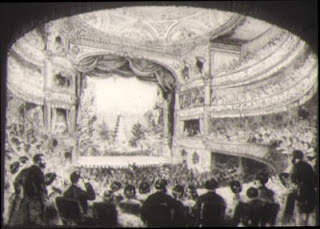 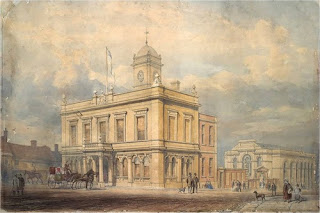 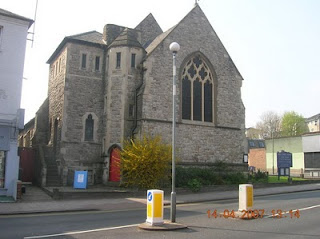 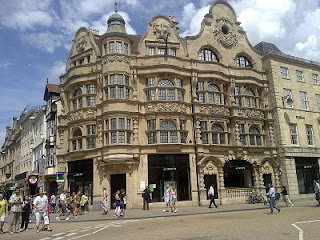 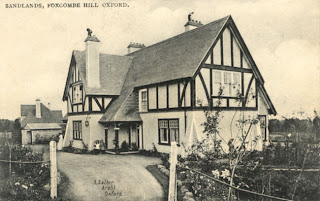 (above) 1-3 High Street, Oxford;
(below) Sandlands, Boarhill, Oxfordshire
1896  Pangbourne villas, Berks
1901  1-3 High St, Oxford
1902  94 High St, Oxford
1904  Cowley Rd Methodist Church, Oxford
1905  Sandlands, Boarshill
1908  2-4 Charlbury Rd, Oxford
That last group are by date and record all by the 1861 Stephen Salter. There is a gap in time between the buildings of 1864 and 1881 (which of course is not to say that nothing was built by any of them during that period – absence of evidence is not evidence of absence) but in fact they could all have been the work of the 1825 Stephen. And although the 1801 Stephen describes himself in 1871 as a “retired architect,” in the 1851 census he declares himself an arguably less exalted “architectural modeller.” In 1851 his son Stephen is a fully fledged “architect.” So I’m going to attribute everything up to the Bourdon St Women’s Shelter to my 1825-born cousin.
After all that, the last word goes to the youngest architect and the only one I’m not related to. The seven villas which he designed along the river Thames at Pangbourne were not well received at the time. Even 33 years after they were built, a critic wrote:
“The row of villas near Pangbourne are an example of the pretentious and expensive sort of building which has not been mitigated by gardening. These houses have been locally christened the Seven Deadly Sins, which is sufficiently indicative of the opinion of the public upon such architectural disfigurement.” 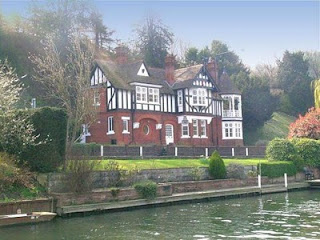 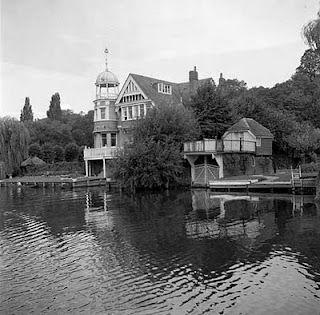 Two of The Seven Deadly Sins, Pangbourne
They clearly reflect the eclectic Arts and Crafts style of Stephen Salter the younger, and as noted by a more recent writer, from Oxford County Council,
“These particular deadly sins seem to me to have become less fatal with age! Perhaps time and gardening have now mitigated what obviously looked brash when first built. I suspect that the particular deadly sin with which they can now be associated is Jealousy. How many people who love the river would not want to live there?”
One was on the market recently for £875,000.
Posted by Heart of the Wood at 07:30