I have mentioned my “difficult” relationship with my father here before. He made himself a hard man to love. In a letter to an old flame in 1973 he wrote “My children by my first marriage are doing alright, and this combined with large inheritances from my father and aunt has freed me from anxiety. Not being anxious about the children does mean I am less interested in them.”


We sensed this loss of interest at the time. I was fifteen; the youngest of us was nine. He became dismissive, then critical, then vindictive, as he convinced himself that our lives were being guided by our mother’s values and not his (as if we could be expected to choose only one or the other). 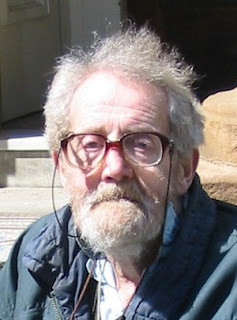 
Since his death seven years ago I have tried again and again to forgive him for the cruelties inflicted on his wives and children. Much of this blog has been an attempt to bypass him and look for the good in my ancestors of earlier generations. But in every moment when I thought I might have tried harder during his life to connect with him, a memory popped up of the times when I did and was rebuffed. Every good memory was countered by a bad one.


Until two weeks ago. 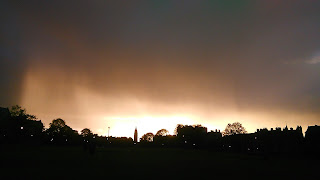 
It was bonfire night, and in the early gloom of a November evening I was walking my dog on Bruntsfield Links, a large grassy space in Edinburgh’s Southside. Later in the night reckless student fireworks parties would colonise the place, setting off bangs to wake the dead and the elderly and terrify their pets. For now however, at six o’clock, small family groups were huddled in corners of the Links, lighting sparklers in the dark while Dad set off the threepenny flares, sixpenny rockets and shilling roman candles I remember from my childhood.


Fireworks parties were an annual highlight in our back garden in Glasgow. They were somehow more carefree and relaxed than Christmas and birthdays. My father strung a rope halfway across to keep us out of danger, although in those days a box set of Brock’s fireworks always came with some extraordinarily dangerous handheld flares, for which Dad distributed gloves. He set off smaller rockets from milk bottles, but sunk a long hollow curtain rod into the ground for the larger missiles – rockets the size of a packet of digestive biscuits rather than a sherbet fountain. 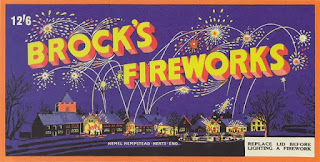 There were showers of sparks in every colour, Catherine wheels the size of steering wheels, always a huge bonfire of garden waste, and indoor fireworks too – floating ferns, uncurling snakes, smoking cowboys, Bengal matches. My father loved to organise these parties, and he had a particular look of unaffected glee which he wore for such childlike fun: head cocked to one side, eyes sparkling, the tip of his tongue popping in and out as if in two minds about whether to blow a raspberry.


By the end of his life we were more or less estranged. I visited him once in hospital, where he was taken after collapsing in his home. He had lost the power of speech, and babbled like a baby while nurses and doctors fussed about him. It seemed to me that, like a birthday boy delighted to be the centre of attention, he wore the same gleeful expression. He died that night. 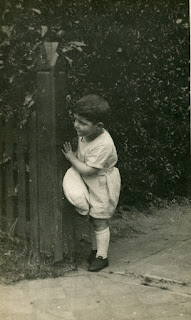 As I watched the sparklers and rockets fizz and whoosh on Bruntsfield Links the other week, the memories of childhood parties and of my father’s gleeful expression then and at his death welled up, unopposed by the usual counter-memories of hurts and disappointments. Somewhere a firework exploded and crackled, and to my surprise I started to cry. For the first time not just since his death but in forty years, I found myself thinking, “I miss my dad.”