My great grandmother Jane Reyner came from one of the oldest mill-owning families in the Lancashire cottonmill town of Ashton Under Lyne. I would like to know more about the family business which spanned the whole of the nineteenth century in an industry absolutely central to the social and economic changes of the times. 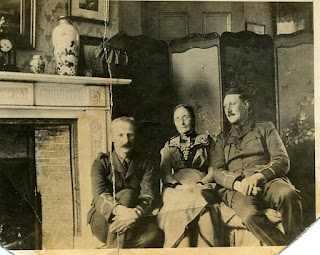 Jane’s grandfather Thomas Reyner was a haberdasher in London who decided to move from selling cotton goods to making them. In the first decade of the nineteenth century he saw opportunities in the north and brought his young family to Ashton: his wife, after whom my great grandmother Jane was named; and among their children their infant son Frederick, Jane’s future father after whom she would in time name her eldest son, my grandfather Fred Salter.

By 1811 Thomas was listed as a muslin manufacturer at Bank Top in the town. Ashton’s earliest mill, Throstle’s Nest, was probably built around the 1780s, and it was powered by a water wheel on the Cock Brook. Later, the Cockbrook Mill itself was built by Tom and James Wilson, straddling the beck just downstream of Throstle’s Nest. The Cockbrook Mill was state-of-the-art, powered by a 12 horsepower steam engine, and by 1832 it had changed hands. Now it was owned by Reyners: the family was on its way up. 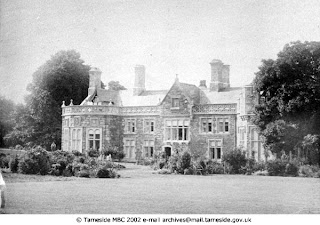 By 1861 when Jane was 11, the family had made it and was living in Thornfield Hall, built on a gentle hillside overlooking Cockbrook. At some point Reyners took over the running of another long-established manufactory, the vast Albion Mill on the River Tame in the town. Over the years the family firm survived many business crises – the cotton famine of the 1860s when the supply from the US was interrupted by the American Civil War; and two disastrous fires at Cockbrook Mill, after both of which it was rebuilt and enlarged until it covered 22,000 square yards and was operated by 100 employees working 20 pairs of spinning mules (the machines that spun the raw cotton into yarn).

But in March 1903 the decision was taken to close Cockbrook down and move all its machinery to Albion. By then Cockbrook (and the Reyners’ association with Ashton) was nearly 100 years old and, as a spokesman told the local paper, “it has no chance with modern factories.”

It really was the end of an era. Now the Cockbrook Mill is long gone, although Reyner Street which ran down alongside it marks the site. Thornfield Hall lies under sports fields; and even mighty Albion has been swept aside for a supermarket. One branch of the family diversified into road haulage, and until very recently Reyners articulated wagons could be seen on motorways the length and breadth of Britain, playing a continuing part in the Reyner family’s contribution to British industry.

Reyners – two hundred years of selling, then making,
then delivering the goods
Posted by Heart of the Wood at 07:30