I’m constantly delighted by how much information is now available online for historical research. There are those who claim that the internet is the lazy option and that it’s killing the art of “genuine” research somehow. I don’t agree on many levels. It certainly eases the process of going through the growing body of online archive material; so perhaps it is lazy in the sense that the invention of the plough killed the back-breaking art of digging fields by hand and made farmers lazy! 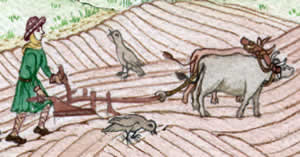 Almost all the contents of this blog over the past two years I’ve tracked down online, or from archive material in my own possession. I live in Edinburgh. I don’t have the luxury of time or money to be able to travel the country or the world to consult local documents. So I’m enormously grateful for the online material posted by others, and I hope I’m returning the favour just a little by setting some of it in context here.

By and large, as I say, I’m amazed at how much it’s possible to find out about the long-dead. I have a folder three bulging inches thick holding details of the life of my great great grandfather the Rev William Augustus Salter (1812-1879). But just occasionally I draw a blank. What I know about WA Salter’s almost exact contemporary Richard William Ralph Sadleir, another great great grandfather of mine, would not fill a single sheet.

I wrote up what little I knew about him here back in December 2009, and precious little more has come to light since. But tiny snippets all add to my picture of him. Following what few clues I had, I tried to track down John Kean, the partner in his failed business venture, a chemical works in St Helens near Liverpool. 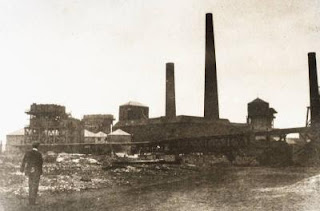 I now know that the works, New Street Chemical Works, were registered under the Alkali Act of 1863, legislation passed just before they set up in business and an early example of environmental regulation. That gives a hint about the nature of the chemicals they were producing or working with. Apart from that there is almost no record, online at least, of the New Street Works, except for a document held in the St Helens Archives. It’s an agreement about the use of a railway siding in the town, dated to November 1864, which suggests they were either receiving raw materials or dispatching finished goods by rail.

I’ve also unearthed a third partner, William Holden. The chemical business lasted less than three years, 1864-66, before failing. In 1868 both Holden and Sadleir were declared bankrupt. Kean however was not! What’s more, he disappeared from the records for a while – no sign of him in the 1871 UK census, for example – before resurfacing in 1881 hundreds of miles away to the north in Glasgow. There, in the rapidly expanding industrial district of Possil Park, Kean’s occupation was listed once again as Manufacturing Chemist. The Argyle Oil Mills and Chemical Works stood (until 1914) jus a few hundred yards form his given address. All but his two oldest children were born in the Glasgow area within eight years of the census. 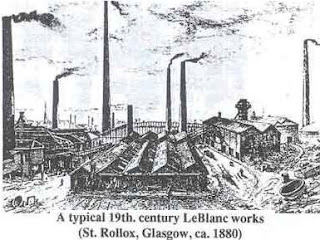 I have to remind myself that it’s not John Kean I’m interested in! But his disappearance and his movements do shed a little light on my great great grandfather’s life and the events that shaped it. Was Kean a shrewder businessman that Sadleir? Did he dupe Sadleir and Holden into carrying the can for the failure of the business? A few years earlier Sadleir had sold off thousands of acres of the Sadleir family estates in Tipperary – was he a cash-rich turkey ripe for plucking?

It’s too tempting and too dangerous to speculate wildly on the basis of a few more tiny facts. But I know a little more than I did 21 months ago! New information comes online all the time and I keep checking. But I think that sooner or later I am going to have to go to St Helens and see what I can find for myself on the ground.
Posted by Heart of the Wood at 07:30