My brother is getting married in the Minho region of Portugal today! I’m delighted of course, not just for his future happiness, but because it renews the family’s connection with the region and the country, first made in 1808.

In that year, Susan Smith became the fist wife of Michael Hinton Castle, a nephew of my 3x great grandfather Thomas Castle. Michael like his uncle was active in the Bristol wine and brandy trade (about which I’ve written here before). As well as distilling brandy and whisky in the city, the Castle family also imported wines from Europe. This is how Michael met Susan.

Susan was the daughter of John Christmas Smith, a sea captain who shipped wine from the Douro region of Portugal. The vineyards along the Douro river are today best known for producing a fortified wine named after the town at the mouth of the river, known simply as “the port” – Oporto. 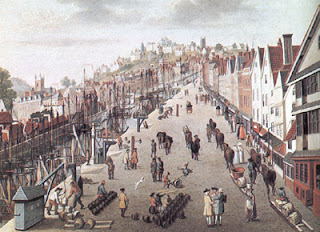 John Smith was born in Biddeford in Devon in 1753, and will certainly have sailed out of nearby Bristol, England’s biggest port at the time. His wife, Susan’s mother Charlotte Maria Bearsley, was a resident of Oporto, and continued to live there after their marriage while John plied his trade between Oporto and Bristol. All four of their daughters, including Susan, were born in the Portuguese port.

Charlotte Bearsley was not Portuguese but part of the large British colony who controlled wine production along the Douro. The Bearsley family were one of the very earliest founders of that colony. Charlotte’s grandfather Peter Bearsley had been the first British wine trader to venture personally into the Douro region – before him, merchants dealt with representatives of the Douro quintas based in Oporto. 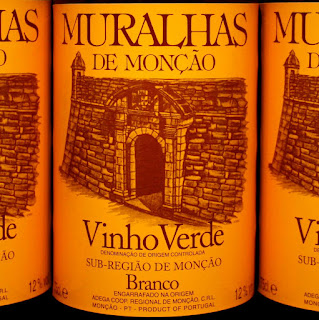 One of the “lean, austere” wines of Monçao
(also available in red)

Peter Bearsley was expanding a family business which already had a foothold elsewhere in Portugal. His father Job Bearsley first came to Portugal in 1692, trading not in port but in the wine known at the time as “red Portugal.” Job owned the Ram Inn in London’s Smithfield district, and red Portugal was the product of the Minho region in northern Portugal, where my brother is getting married. No doubt I will be drinking some tonight!

The centre of production was/is Monçao on the banks of the upper Minho river, and it was exported from the harbour city of Viana do Castelo, where in time Job’s son Peter, as a prominent local citizen, was appointed British consul to look after the significant British interests in the region. After Peter expanded into the Douro, his sons, most notably Charlotte’s father, Susan Smith’s grandfather Francis Bearsley, developed the family business into a major port house.

Francis Bearsley’s silver tastevin, which he used to test the maturity and colour of his ports

Francis, the longest-serving of them, was a partner in the business for 61 years. But he died in 1805 without sons to carry on the business. The Bearsley house passed at first to his sons in law (presumably including Captain Smith), but they had little aptitude for wine production.

In 1808, the year of Susan’s marriage to Michael Castle, Napoleon invaded Spain and advanced on British interests in Portugal. Many British firms including Bearsley’s transferred ownership of their enterprises to non-British hands (in the hope that Napoleon would therefore leave them alone). Thus Bearsley’s port house passed out of Bearsley family hands. But the business founded by Job Bearsley and developed by his grandson Francis survives today. The man who took it over in 1808 passed on the reins in 1816 to a manager in his London office by the name of Joseph Taylor. Today, Taylor’s Port is one of the oldest names in the industry and, as it happens, a personal favourite of mine. No doubt I will also be drinking some of that tonight! 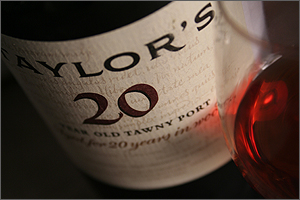 Congratulations, James and Raquel.
Posted by Heart of the Wood at 07:30