Paul Brasier, who first brought the Brasier family to Ireland, is an ancestor by marriage. (His great grandson Kilner Brasier married Elizabeth Massy, a granddaughter of my 8x great grandfather Hugh Massy!) Paul was part of the Ulster Plantation, the largest of the mass settlements of Protestant Englishmen and women in Catholic Ireland for the purpose of suppressing revolt against British rule, which took place in the seventeenth and eighteenth centuries.


Apart from his place in the family tree we don’t know a great deal about Paul. He arrived in Ireland in 1611 and settled in Coleraine, a fortified town founded by his fellow settlers (known as undertakers because they undertook the settlement mission) on behalf of the Corporation of London. Operating as The Honourable The Irish Society the corporation established the new city of Londonderry at the same time. 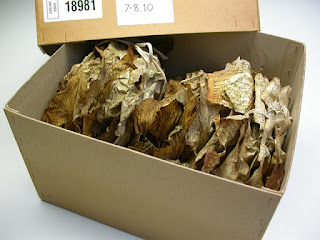 
Much of what we do know comes from an extraordinary survival. Most of the Irish Society’s early records were destroyed in a fire in London’s Guildhall in 1786. A survey of the Society’s estates in Co Derry undertaken in 1639 survived, but its parchment pages were so badly warped, shrivelled and damaged as to be completely unreadable. Despite that, it was kept in the archives because of its rarity and historic value.


In 2010, as the quatercentenary of the building of Londonderry’s defensive walls in 1613 approached, an ambitious project was launched to restore the Great Parchment Book and make it readable. Restoration alone could not smooth the crumpled pages enough. University College London developed some innovative corrective imaging techniques to straighten out the text digitally, finally revealing detail of the lives and works of the undertakers which had been lost for over two hundred years. The whole thing, images and transcriptions, is available online with an index of people, places and organisations – a wonderful resource.


Paul Brasier’s name occurs several times in the book, principally as a member of a consortium commissioned by the Crown to build a riverside wharf in Coleraine. The book records in some detail the terms and conditions of the commission. It must be a minimum size,
from the full sea or high water mark down into the said river sixty foot at least and twenty foot at least in breadth, and the said quay or wharf shall be walled on the outsides next the water with good, sufficient, and strong timber
and the consortium must not use cheap materials; they
shall laid forth and expend in and about the building and making of the said wharf forty pounds sterling at the least. 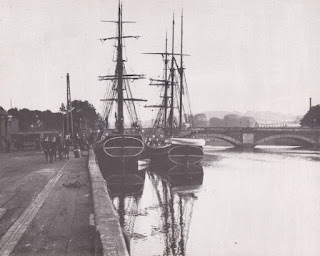 In return for building this commercial asset to the town, the consortium could run and develop the quayside facilities
at their proper costs and their dues, to make, erect, build, and fully finish one crane and cranehouse on any such part of the aforesaid wharf as shall be most convenient
and thereby, it was to be hoped, make their money back; they
shall have and hold all profits, commodities, duties, and payments belonging to the said quay, wharf, and crane for the term of one and twenty years from the feast of Phillip and Jacob now last past, for and under the yearly rent of forty shillings sterling for the last twenty years of the said one and twenty years payable unto his Majesty, his heirs and successors. 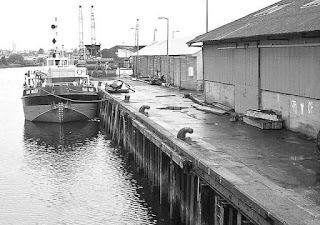 Coleraine quay c1980, before redevelopment as a branch of Dunnes Stores


So the King was getting his cut. And that was the purpose of the Great Parchment Book. Charles I, whose predecessor James VI/I had started the Ulster Plantation, needed money and confiscated the Irish Society’s Ulster holdings after accusing it of not paying the Crown its due. The book was a record by the King's Commissioners of what was taxable, what could (in today's terms) be monetised. Undertakers now found themselves with meaningless titles and astronomical rents to pay to the Crown, and many returned to mainland Britain in disgust.


It sounds as if Paul Brasier and his partners were hoping to profit by doing business with the new regime. It is certainly true that, at the same time that disillusioned undertakers were leaving the plantation, the Brasier family’s land holdings now began to increase. In 1649 he received a further grant of land in Ulster, presumably not from Charles I who had been beheaded in January that year but from Charles’ executioner Oliver Cromwell. It is tempting to speculate that Paul was being rewarded for having survived the gruesome massacres of Protestant settlers in the Irish uprising of 1641 – an uprising which my 8x great grandfather Hugh Massy helped to suppress, and massacres for which Cromwell would exact a terrible revenge.
Posted by Heart of the Wood at 07:30