Arthur Masterman was another of those remarkable Masterman brothers of whom I have written here, Kent cousins of my grandfather. There were six of them altogether, and one sister, Daisy, who gets badly overshadowed by the achievements of the boys. She isn’t included the only family photo I have, and when in the manner of the times the children were nicknamed with Latin numbers, it’s as if she didn’t count at all – Harry, the sixth child, was called Quintus (meaning “fifth”), and Walter, the seventh and youngest, was known as Sextus, the “sixth”. 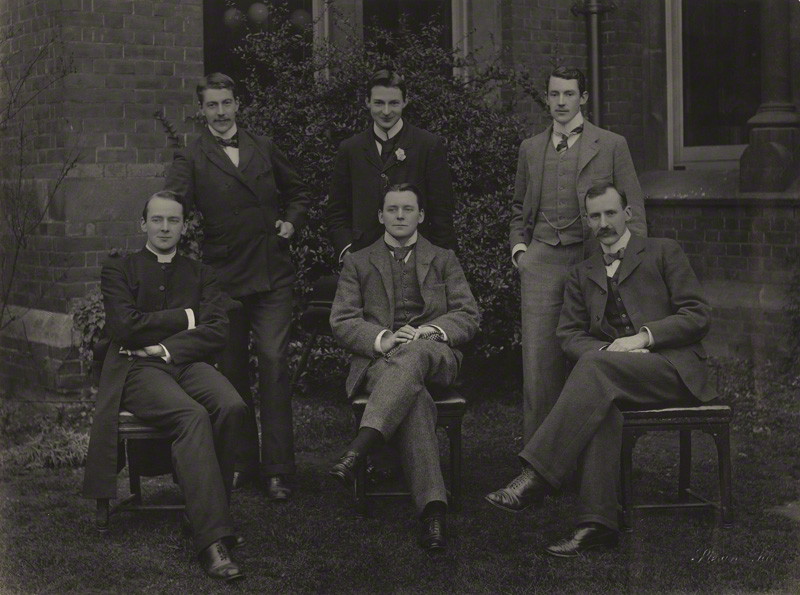 The Masterman boys, without their sister: back L-R Harry, Charlie and Walter; front L-R John, Ernest and Arthur


I hope to write more fully about Daisy (real name Margaret) in the future. For now, my subject is Arthur. Arthur was a scientist, a zoologist who immersed himself for almost his entire career in the coastal waters of the British Isles – almost literally, because his greatest enthusiasm was reserved for fish.


After studying zoology at Cambridge he was appointed Assistant Professor of Natural History at St Andrews University in 1893. His researches there were devoted to the life cycles of various North Sea fish, in collaboration with his professor William Carmichael McIntosh. In 1896 McIntosh became director of the new Gatty Marine Laboratory in the town. It is reasonable to assume that both men were involved in setting up the Gatty, which emerged from the government-funded St Andress Fisheries Laboratory. A year later the two men jointly published The Life-Histories of the British Marine Food-Fishes, a pioneering work in its contribution to understanding and managing fish stocks and fishing quotas. 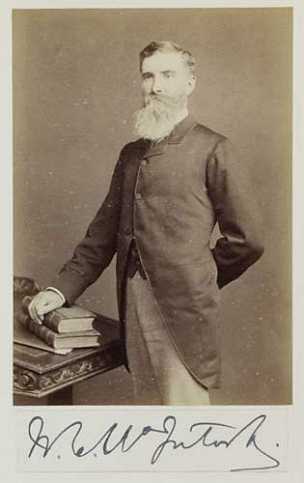 
In 1900 he moved to Edinburgh to teach biology and zoology. Within a year he had written an Elementary Text-Book of Zoology to accompany his lectures. By coincidence I am writing this on 1st May 2015, while reading his Zoology preface dated 1st May 1901. Publishing his own course material no doubt boosted the income of a struggling extra-mural lecturer in the capital city. But in 1903 he moved back to England to take up a post with the newly formed Ministry of Agriculture and Fisheries as Superintendent Inspector Director of Fisheries Investigation.


The dead hand of government now overshadowed his working life and he spent much of the rest of it bogged down in administrative duties, with little or no time for the research which had driven him until his ministry appointment. His civil servant superiors there were deeply suspicious of the appliance of science to their millennia-old activities. There was rivalry and jealousy between different local fishery committees around Britain, and between competing scientific bodies, for the limited government funding. Masterman’s job was oversee them all with a critical scientific eye; but his notes and comments carried little weight in the stormy political seas in which he was now launched. 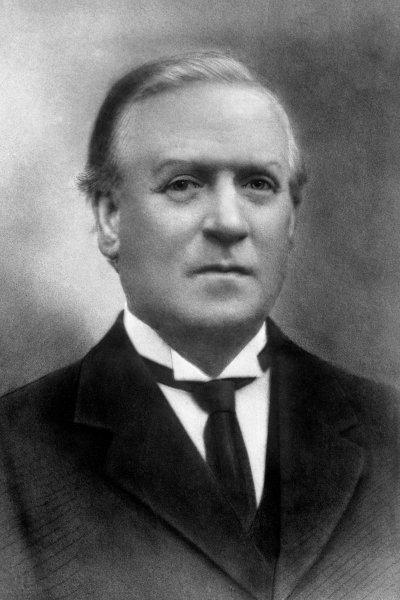 Herbert Asquith (1852-1928)
Chancellor of the Exchequer 1905-1908,
before becoming Prime Minister on the death of his predecessor
Henry Campbell-Bannerman in 1908


In 1907 and 1908 Masterman acted as Secretary to a Committee appointed by Herbert Asquith (then Chancellor of the Exchequer) to report on “present scientific activities  in fisheries and to make recommendations as to the future of such work.” It was a sprawling report, by a committee of which (in typical parliamentary fashion) only two out of the committee’s ten members had any knowledge of such matters and of the technical language involved. To Masterman fell the task of making the presented evidence comprehensible to the unscientific members, and his early teaching experience must have proved invaluable. It was all to no avail however: the resulting report (which he edited) was largely futile because of regional bickering about its findings.


Masterman did manage to find some time for research in the midst of all this and published three reports on flat-fish, which had been one of his particular enthusiasms back in St Andrews. He retired in 1920, but retained [says his obituary] his interest in all fishery questions up to his death – but he kept well out of the politics.


His was not a very visible life, unlike his brother Charlie. Charlie was a prominent Liberal politician who served under Lloyd George (Asquith’s successor as both Chancellor and Prime Minister). Perhaps Arthur should have stayed in academia; perhaps he thought a job at the Ministry of Fisheries would take him closer to his passion. But by his research he played his part in increasing the sum of human knowledge. And for that, we must all thank him. 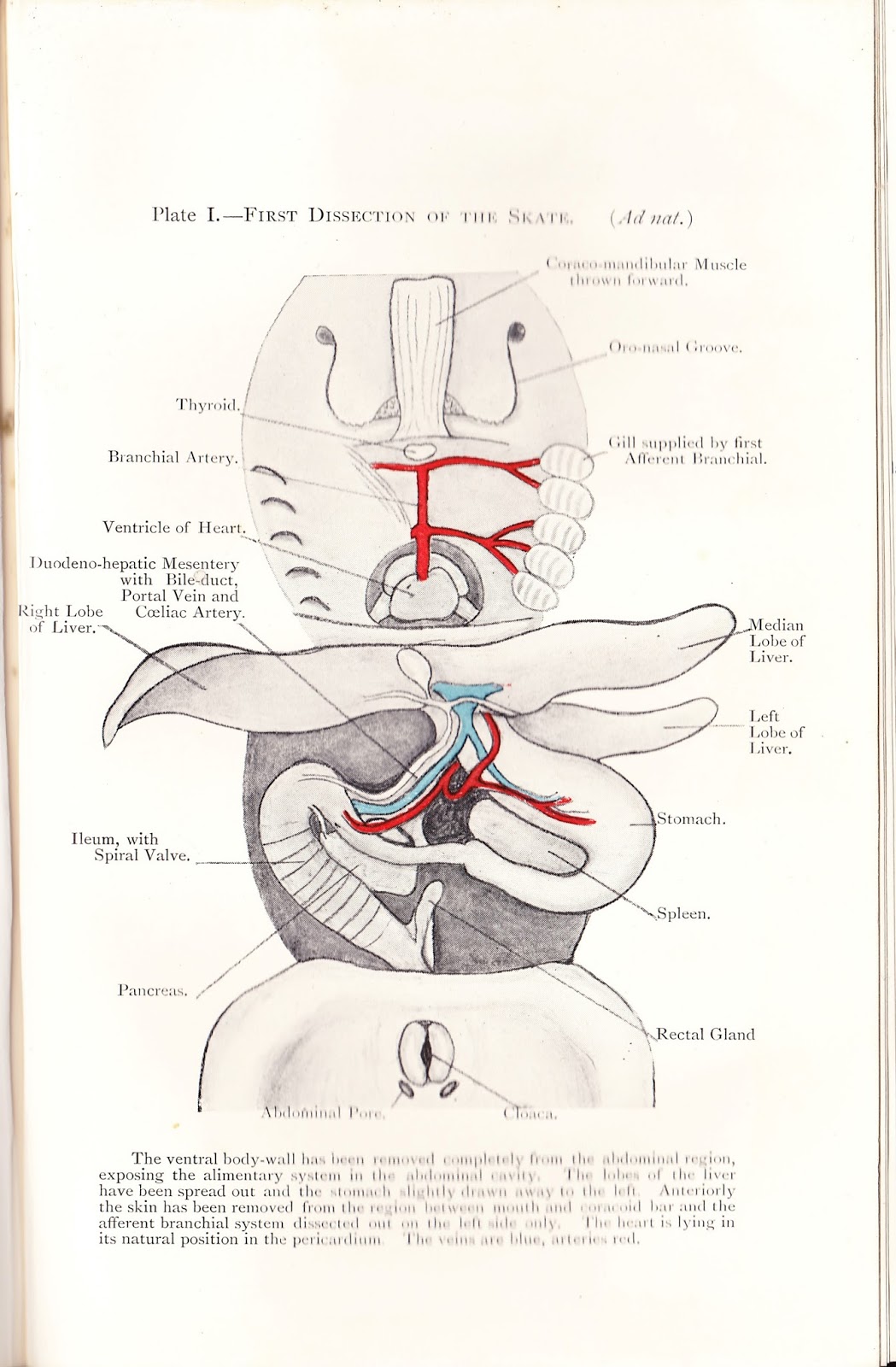 Dissection of a skate,
from Elementary Text-Book of Zoology (2nd Edition)


by Arthur Thomas Masterman
Posted by Heart of the Wood at 07:30