I have written here before about the complex life story of the pulp fiction writer Walter Sydney Masterman (1876-1946, a grandson of my 3x great uncle Thomas Gurney). His path was not straight, and I always had a degree of sympathy with his wife Ollie Lowrie who – I have imagined – must have had to put up with a lot.


I have no real evidence for any long suffering on her part, save the fact that he was more than twice her age when he married her and was serving a three year prison sentence for embezzling the British government at the time of the birth of their only daughter. For the whole of their married life he pursued the precarious existence of an author (tell me about it!), albeit a successful one; and she outlived him by nearly thirty years. 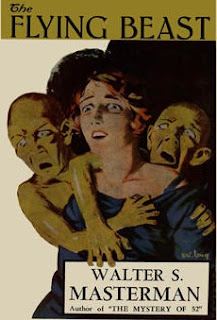 
He died in Brighton. She never remarried, remaining on the south coast of England for the rest of her life. Their daughter too remained in the area until her death earlier this century. I spoke to her widower recently, and he always referred to her father as The Colonel. To me that suggests a rather distant relationship with him. I have heard from a nephew of his that he was a difficult man to live with.


But it is entirely possible that Ollie was content. They married in 1920, soon after the Great War whose attrition left eligible men in short supply. He was not a colonel, but he was a captain and from a well-connected family. With a postwar job in the Ministry of Agriculture and Fisheries disposing of the captured German North Sea fishing fleet, he must have seemed quite a catch. Olive’s own family background was far less comfortable and privileged.


Olive Doreen Lowrie was born the eighth of ten children (five girls and five boys) raised by Irish-born Barbara McKenzie. I don’t know what brought Barbara to Northeast England, but a few months after the birth of her first child Barbara married the father, George Arthur Lowrie, in Hartlepool.

George was a commercial traveller. He’d learned his craft on the road selling hats on behalf of his father, a master hatter in Darlington; and perhaps he’d picked up on other paternal behaviour too – George was himself the second of eight children, and only with George’s birth was his father persuaded to marry his mother. 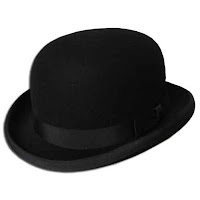 George went wherever he could sell the most. He was away from home a lot and it seems almost as if every time he did return there was another mouth to feed. From the northeast he moved the family to the more affluent English Midlands and, before the end of the century, to the heavy industry and dense population of South Wales, where he sold brushes and hardware.


Here Olive was born and for a while her mother Barbara was raising not only her own children but the fatherless daughter of George’s unmarried sister Una. George was still travelling, and he was out on the road in 1918 when he died aged only 57, far from home and family, while trying to sell brushes to the good people of West Derby in Liverpool.

I’m not sure exactly what happened next. At least two of Ollie’s older sisters had married and left home by then, and only Barbara’s three youngest children were still under twenty. Without a breadwinner they may have gone to live in Marylebone, London with her eldest son. Certainly it was in Marylebone that Olive and Walter got married on 18th September 1920. With Ollie still under twenty-one, Barbara had to make a declaration the day before the wedding, confirming that (in the absence of the father) she gave her blessing to this wedding of a minor.


I was told once that Olive sang for the troops, and she was known in the family in later years as Ollie-bird – perhaps that’s how she helped to make ends meet in London after her father’s death, and how she caught the eye of the distinguished older Captain Masterman.
Posted by Heart of the Wood at 09:51