This is my 150th weekly posting here, and I thought I'd celebrate with a nod to another writer in the (extended) family.

John James Smith was a great-nephew of my 4x great uncle David Salter – David’s wife Sarah and JJ’s grandmother Elizabeth Lepard were sisters. Or to put it another, simpler way, JJ, who married Caroline Gurney, sister of my great great grandmother Emma, was my 3x great uncle.

The Salter and Smith families were further bound by religious and business partnerships between JJ’s grandfather (also John James Smith) and my 3x great grandfather Samuel Salter. That pair were deacons together from 1800 to 1821 of their local Baptist church, Beechen Grove Chapel in Watford; and there is also evidence (from insurance records) of joint dealings between 1811 and 1818 in connection with White End Farm in Watford. 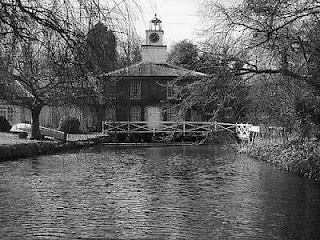 JJS junior carried on the family trade of paper manufacture at Hamper Mills started by his grandfather, and also in partnership with his younger brother Charles King Smith the stationery business from their premises at 29 King Street, Covent Garden. (To save you looking, the shop is now occupied by Simon Carter, novelty cufflink designer.)

JJ’s brother Charles changed his name in time to Charles King-Smith. Charles' son, also Charles King-Smith, also stayed in the business and, when the opportunity arose in around 1900, bought a 150-year old paper mill in Bitton in Gloucestershire called Golden Valley Mill. Charles junior moved there with his family, including their six-year old son Ronald, and they ran the mill for 60 years, even providing the village with its first electricity supply until 1932. 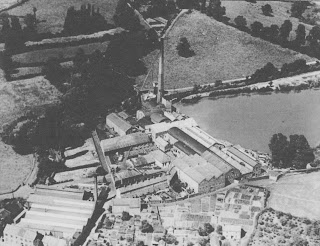 Ronald’s first son Ronald Gordon King-Smith was born there in 1922, and grew up working on the family farm which supplied the Golden Valley works canteen with milk and eggs. Although Ronald junior subsequently tried his hand at other careers including soldiering and primary school teaching, it was his formative years on the farm which shaped his final calling, as a children’s author of farmyard stories. Writing under the name Dick King-Smith, Ronald junior (my fourth cousin, I think!) achieved international fame with his 1984 story The Sheep-Pig, which was a global hit in cinemas when filmed as Babe.

One way or another, it’s been pigs, pigs, pigs, for the Smiths and Salters. I don’t know what their joint enterprise at White End Farm was; but back in 1825, following the death of John James Smith senior, my 3x great grandfather Samuel Salter moved to London. There he began a new enterprise in Panyer Alley off Newgate Street, as a bacon merchant.