I’ve drawn extensively in this blog on the correspondence of Captain Charles Castle, my 3x great uncle, which I inherited from my Uncle John some years ago. Charles’ letters illuminate my Bristol roots, and in reading and writing about them I feel as if I know him and Bristol quite well. But until last month I had never been to the city.


It was a strange moment, entering Bristol for the first time but feeling comfortable and familiar with it. As I circled around the Clifton Triangle trying to park near the city museum I saw a building I knew purely through having blogged about it a couple of years ago – the Victoria Rooms, where Charles’ sister Deborah Castle once considered going to hear Jenny Lind sing. 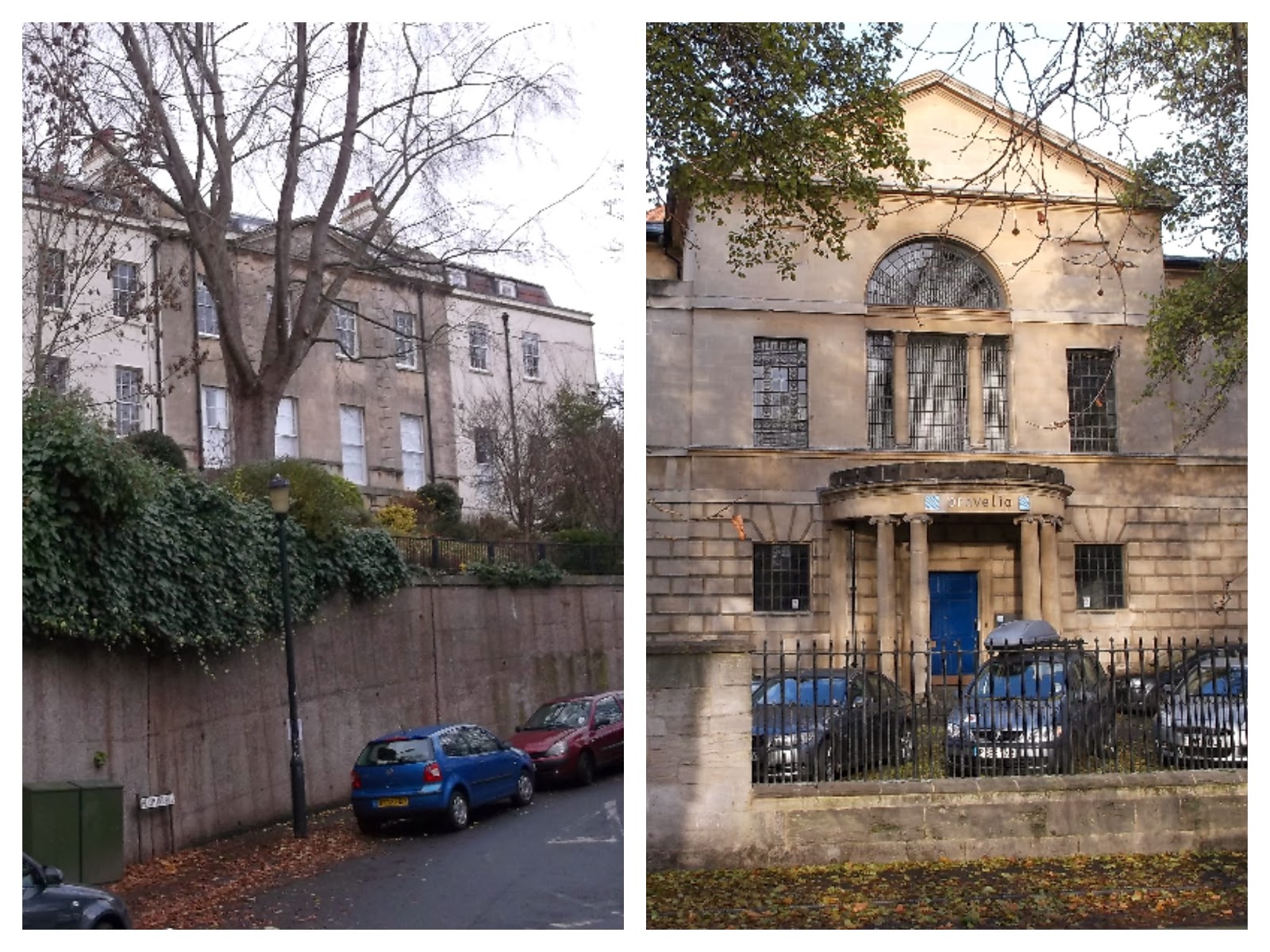 
Elsewhere in Clifton I found Grove House, a two-winged mansion which was the Castle family home on Hensman’s Hill. And later in the week I visited Lewin’s Mead Unitarian Chapel where Charles, Deborah and their siblings were christened and which did so much to shape the non-conformist conscience of the family.


Most exciting was my visit to Frome Lodge in Stapleton, which was Charles Castle’s home throughout his married life. Many of the letters now in my possession were written from or received at Frome Lodge in the 1860s and 1870s. Carrying them with me last week as I walked up to the front door, it felt as if I was bringing them home. 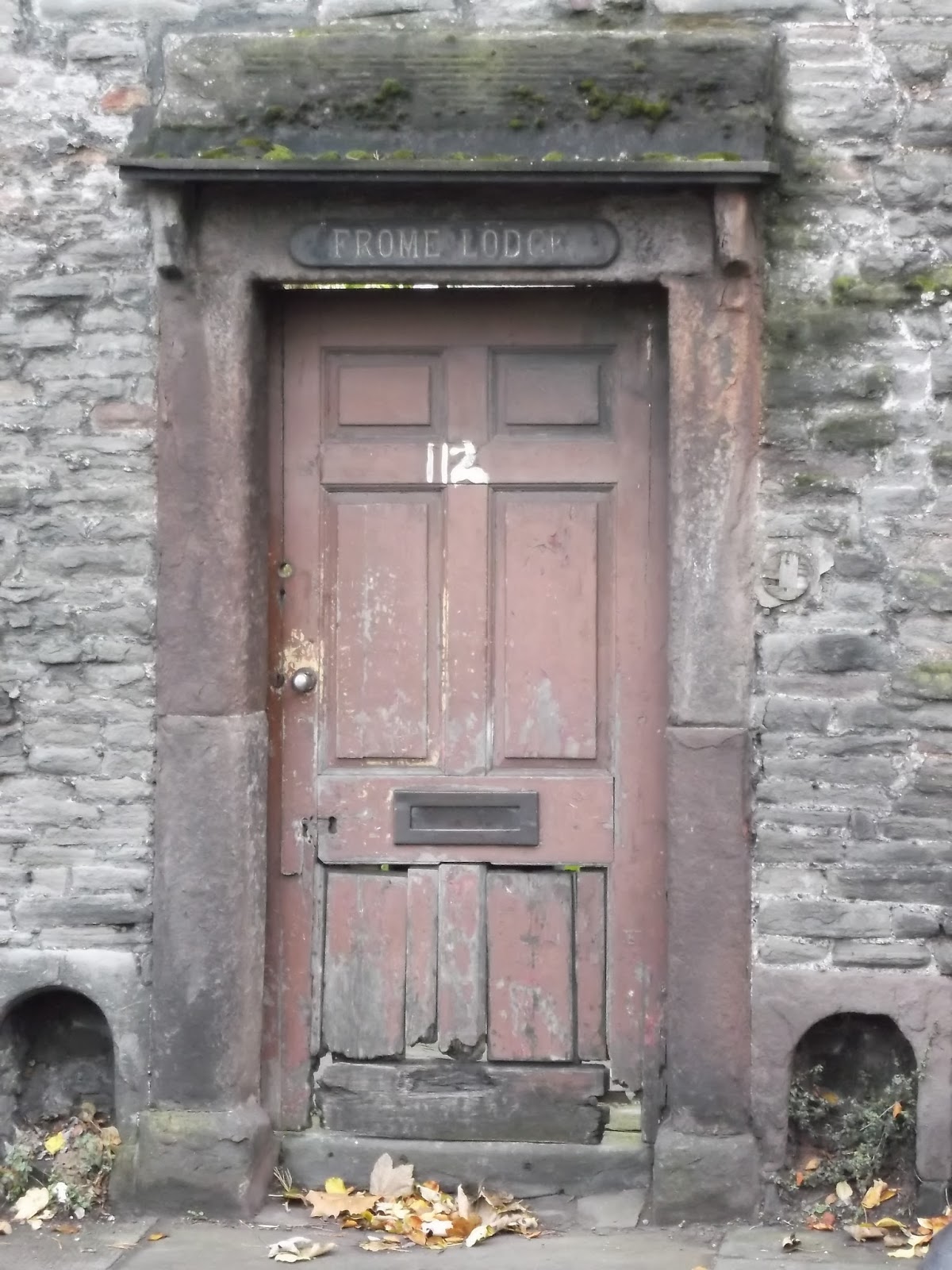 The entrance to Frome Lodge


It was good to sit where Charles Castle once sat. One of the present tenants made me a cup of tea and shared all that he knew about the place, before showing me round the once grand gardens – a series of high wide terraces from the house down the steep slope to the River Frome. 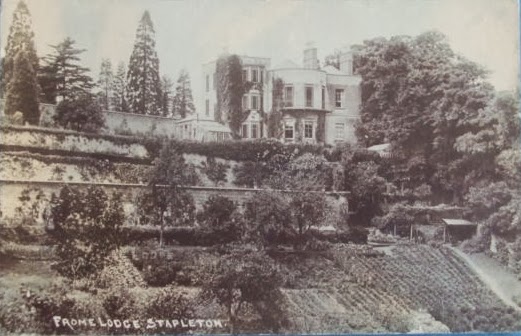 The terraces of Frome Lodge from the southeast, c1905


The formal borders are now completely overgrown with brambles and mature trees, but it is still possible to imagine them in their heyday thanks to an old postcard showing them in around 1905. In the terrace immediately below the house a series of gardeners’ stores were built into the retaining wall, one still holding a vast lead-lined tank for gathering rainwater. 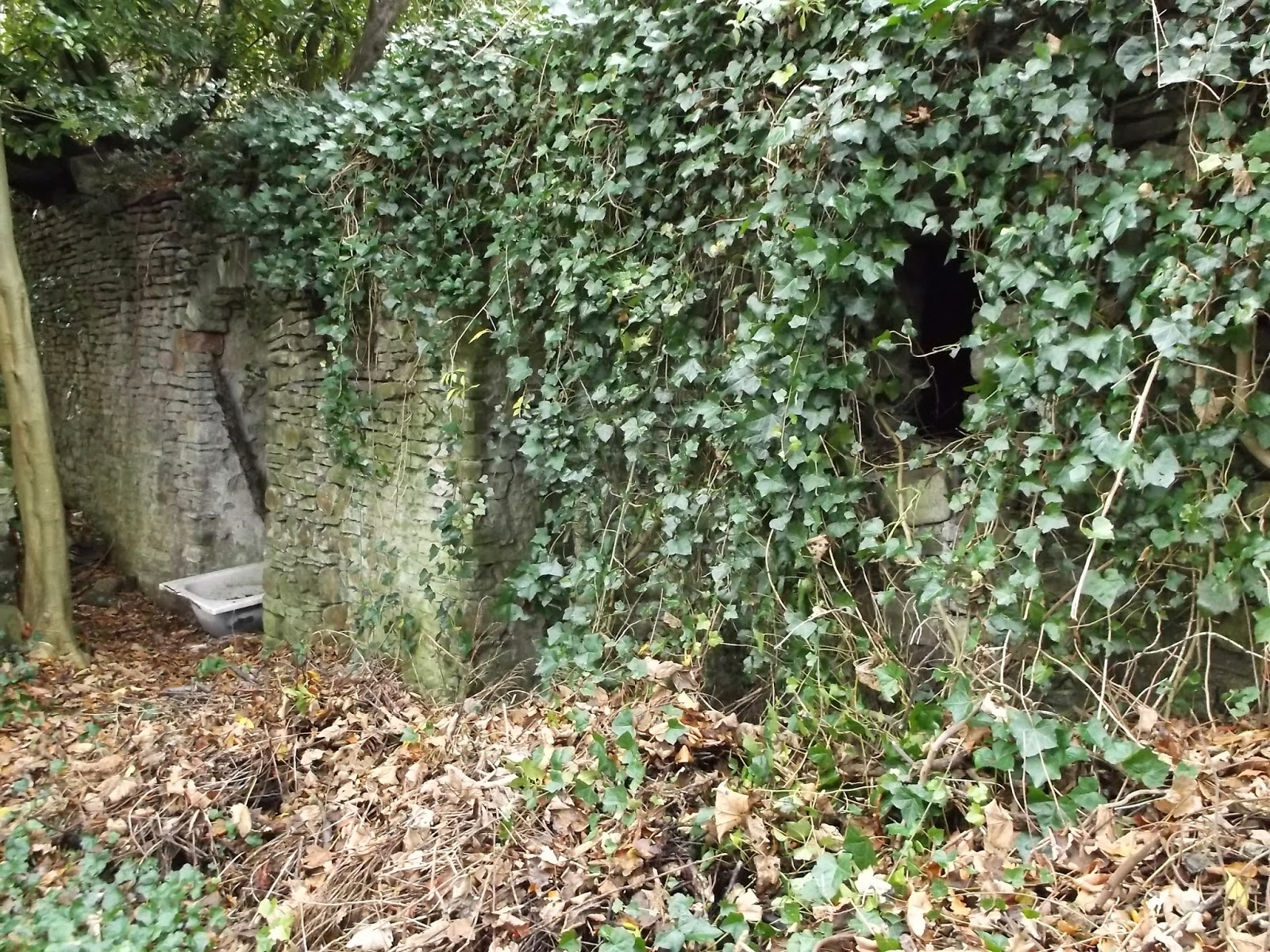 Garden storage in the terrace walls of Frome Lodge


A conservatory attached to the house is clearly visible in the 1905 view along the southwest facade. Was it there in Charles’ day? It is specified in the building's Grade II listed status drawn up in 1958 but it’s long gone now, and the house itself looks very dilapidated and sorry for itself, in need of much TLC by the present landlord. It’s an architectural oddity, with at least three ill-matched phases of building – there are five different roof areas, only two of which are matched. 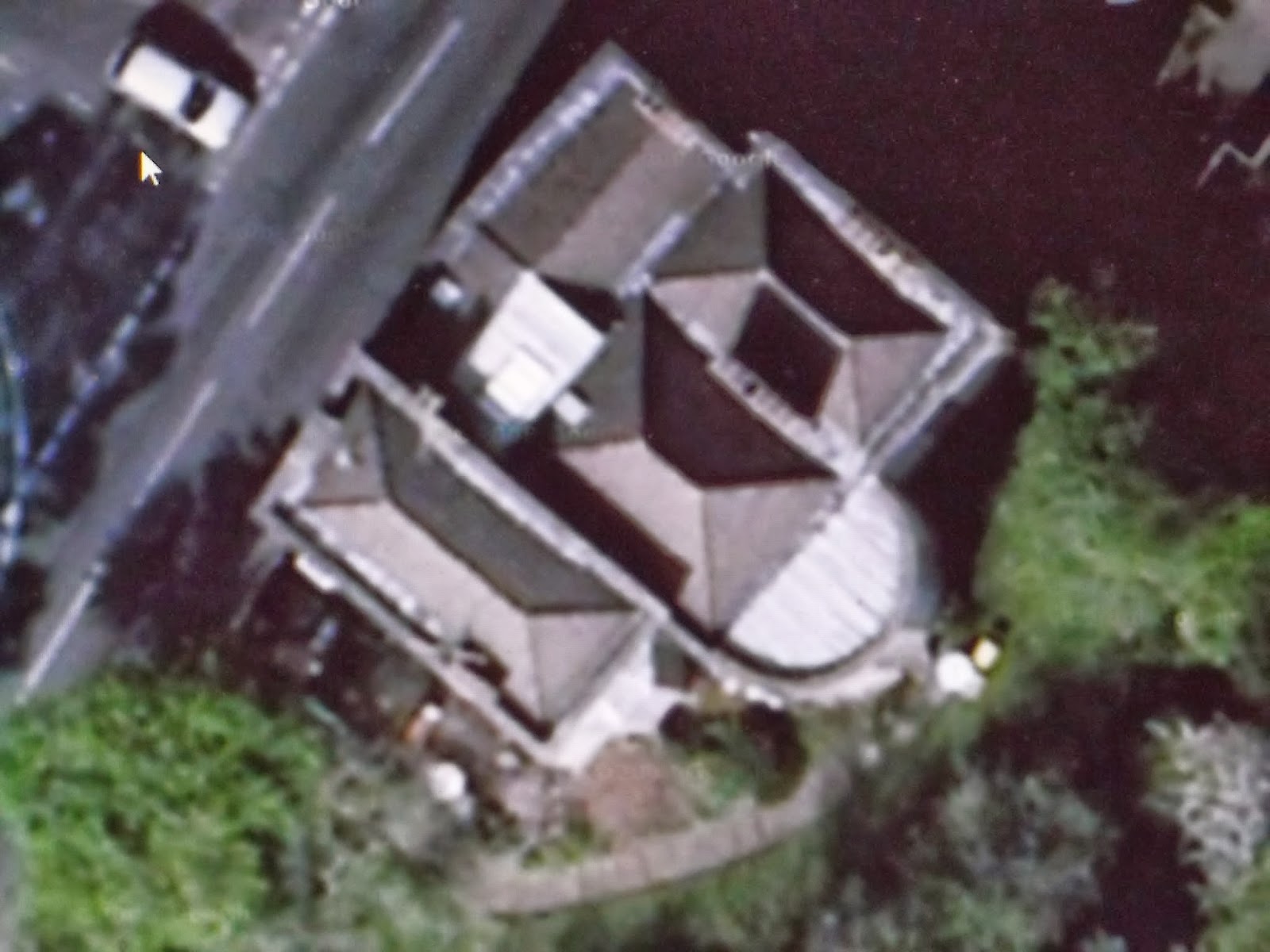 The many roof areas of Frome Lodge from the air


I didn’t explore the interior in detail because it is now divided into six different private flats. The central northeastern section is graced by a tremendously deep late Georgian bow window on all floors giving the house, in its raised position above the river, magnificent views up and down the valley of the Frome. (The only remains of the graceful balcony on the top floor of the bow, visible in the 1905 view, are the sawn off stumps of its joists.) To the northwest a more modest, perhaps older block with smaller rooms may have housed servants’ quarters. 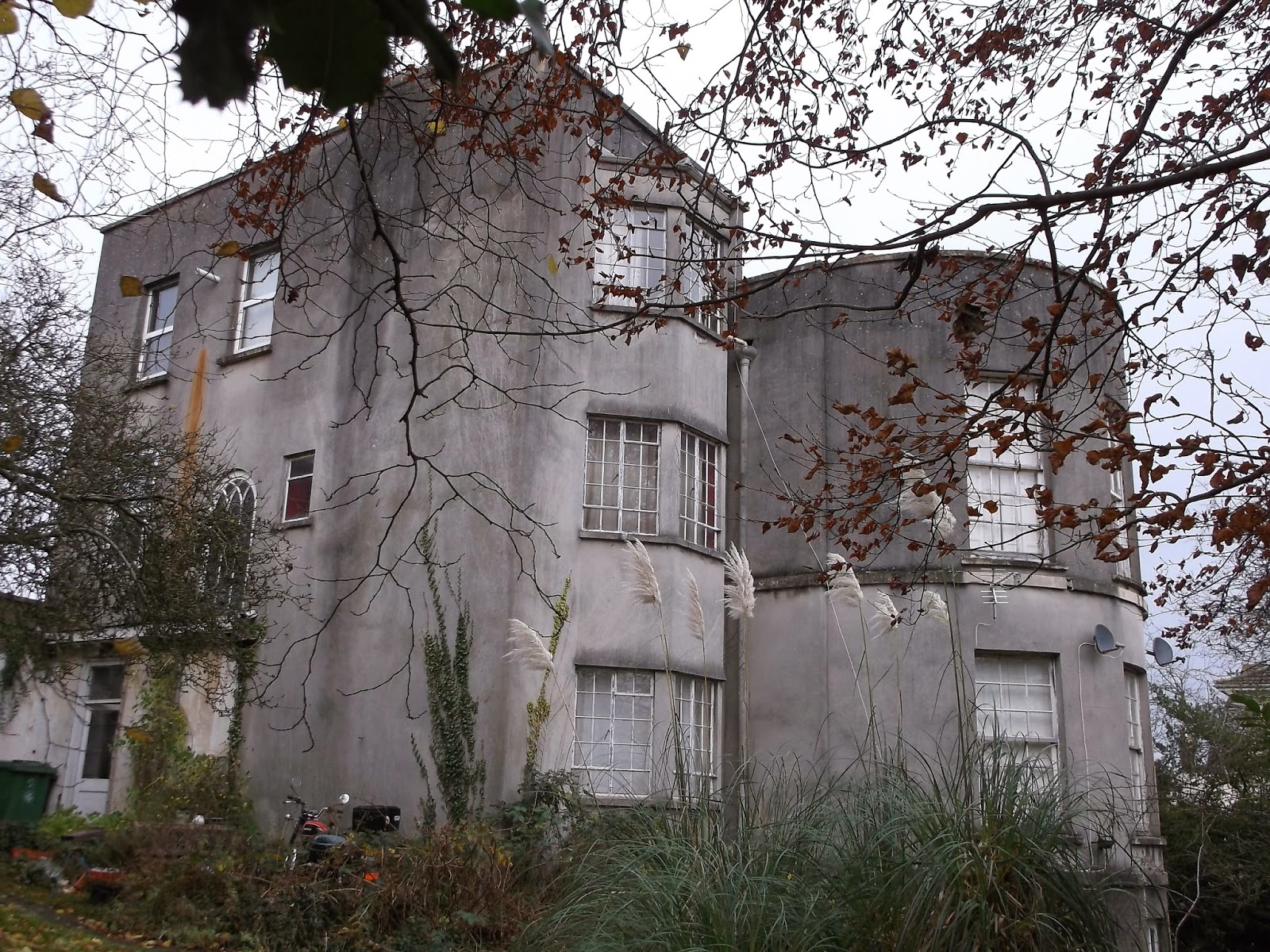 Bays and bows of Frome Lodge from the south


The southwestern section is taller than the rest, containing a staircase and with small bay windows on all floors, again making the most of the views. This is now the entrance to the building, but at least two blocked openings to the northwest suggest that there was once a more formal main door. Maybe that was removed when the modern road, which passes right alongside Frome Lodge on that side, was widened. 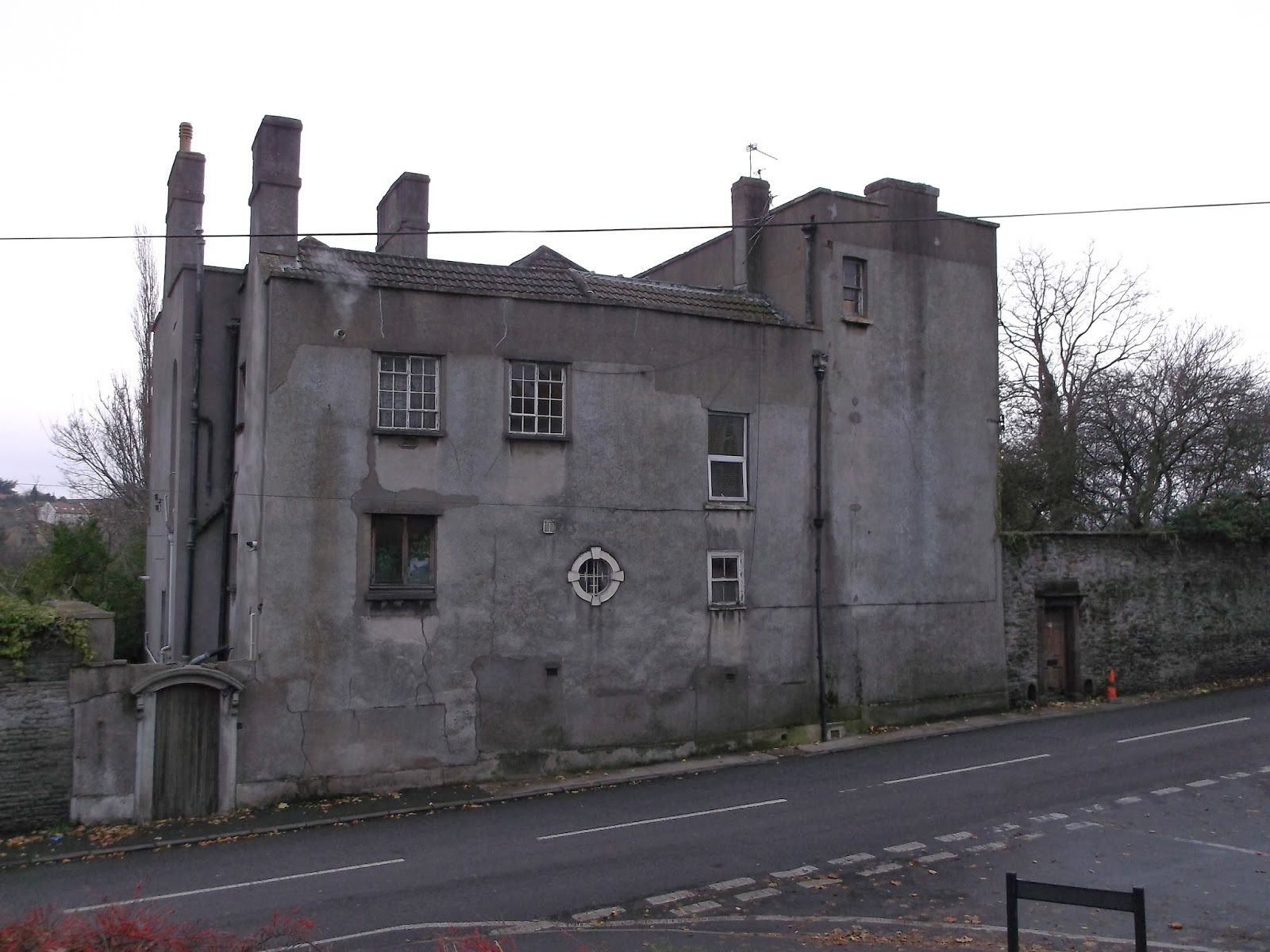 Mixed windows and blocked doorways of Frome Lodge from the northwest


Charles, a magistrate and wine importer, did not build Frome Lodge or the massive earthworks of its terracing. English Heritage describe the building as eighteenth century. So when was it constructed, and for whom? Perhaps, as the name suggests, there lies somewhere under one of its many irregular roofs the remains of an old hunting lodge – perhaps connected to the vast estate of nearby Stoke Park, the home from at least 1553 of the powerful Berkeley family. By the end of the sixteenth century the estate stretched from Rendcomb (far to the north near Cirencester) to the parish of Stapleton which formed its southern border. Stapleton remained in Berkeley ownership until 1917, more than thirty years after Charles Castle’s death.


Now Stoke Park is bisected by the M32 and much eaten into by urban expansion; but  the grand gated entrance to the park survives, only half a mile from Frome Lodge. Another possibility is another large 16th century estate in the area, Eastville Park, owned historically by the wealthy Smyth family of Bristol. Indeed some of Charles' letters are addressed to Frome Lodge, Eastville. In 1857 and without legitimate Smyth heirs, Eastville was the subject of an ambitious claim to the estate by one Thomas Provis, horse thief and conman, which resulted in his transportation to the colonies. Perhaps the estate was broken up then; Charles moved in some time after his marriage in 1861, and his widow continued to live there after his death - in 1911 her niece my grandmother was a visitor.

There must be ancient estate maps which could prove the hunting lodge theory, and clues within the building itself to the age of its oldest parts. But it does seem possible that my very nineteenth century 3x great uncle Charles lived, at least in part, in a very sixteenth century lodge above the Frome. Stained glass in the stairway of Frome Lodge