I recently co-wrote a history of inventions (Everything You Need To Know About Inventions, out in April 2012!) and I can say with some authority that female inventors are few and far between. Step forward, Sarah Guppy. 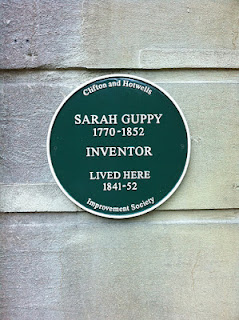 Sarah Guppy, nee Beach, was the mother of my 3x great uncle Thomas Richard Guppy. He turned out pretty well, an extremely successful civil engineer and entrepreneur; and when you read about Sarah you can see where he got it from.

Sarah was married to Bristol merchant Samuel Guppy. She lodged her first patent in 1811 at the age of 41 and her last, when she was 74 years old, in 1844.

The first patent was an astonishing debut for a female inventor. Sarah was effectively an 18th century woman, presumably raised amidst the prevailing attitudes towards gender of her day. Yet her first invention was not some aid to sewing or housework but a new approach to the construction of pilings for the safer erection of suspension bridges. 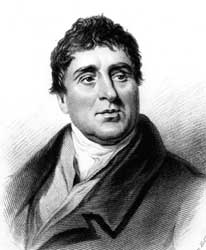 No less a giant of civil engineering than her contemporary Thomas Telford got wind of her innovation. He wrote asking her if he might use her ideas, and she agreed, waiving any licensing fees. Eight years later Telford began work on the Conwy and Menai suspension bridges. The latter was at the time the longest such bridge in the world; its span of 580 feet was only made possible by Telford’s genius and Guppy’s piling.

In 1864 the Menai bridge lost its crown to the Clifton suspension bridge which spanned 700 feet of the River Avon at Bristol. It was designed by a friend of Sarah’s son Thomas – none other than Isambard Kingdom Brunel, with whom she also discussed her ideas. 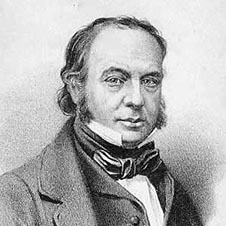 Her last patent was for a device to improve the process of caulking ships. In between she came up with a system for taking exercise while still in bed; a design for a candleholder which burned the candles more efficiently and therefore longer; and, my favourite, a sort of multi-tasking breakfast machine. This was a tea urn which cooked eggs in the steam it produced, and contained a steam-heated plate on which to keep your toast warm.

Unlike many male inventors, Sarah Guppy didn’t seek widespread public recognition; it was, she felt, “unpleasant to speak of oneself – it may seem boastful, particularly in a woman.” But she was a central figure in Bristol society, a successful and well-rewarded businesswoman.

In 1837, aged 67 and by then a rich widow, she raised a few eyebrows by marrying 39-year old Richard Eyre-Coote. Richard, it has to be said, was not a good husband to her; he not only neglected her but gambled her fortune away on horse-racing. When he collapsed and died in the street in 1853, only a year after Sarah’s death, there was only £200 left.

Sarah Guppy remained largely unknown by the wider public for over 150 years. But in 2006 a blue plaque was erected outside 7 Richmond Hill, her former home in Bristol. Sarah had purchased the land opposite for the benefit of local residents, and it remains a green space in Clifton to this day. 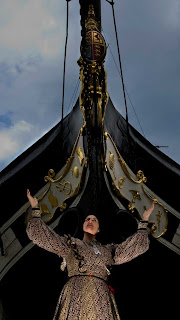 Kim Hicks as Sarah Guppy in the Show Of Strength production
An Audience with Sarah Guppy, 2006, showing off her caulking
(photograph by Kevin Clifford)

The same year, as part of the celebrations marking the bicentenary of Brunel’s birth, the Bristol theatre company Show of Strength staged a one-woman play, An Audience With Sarah Guppy (written by Sheila Hannon), which marked her important contribution to the success of that man and reminded us of her own brilliant engineering mind. Sarah Guppy is a rare and welcome female star in the inventors’ firmament.
Posted by Heart of the Wood at 07:30