JOHN ACRAMAN (c1829-1907) AND THE ROOTS OF SOUTH AUSTRALIAN FOOTBALL

The Acramans are cousins of ours – John Acraman’s mother Mary Castle was my great great grandfather’s sister. They were a successful family with interests in merchant shipping and ironworks – John’s father made ships’ anchors and chains amongst other things. Acraman’s warehouse on the quay at still stands, and now houses the Arnolfini Gallery in the city. 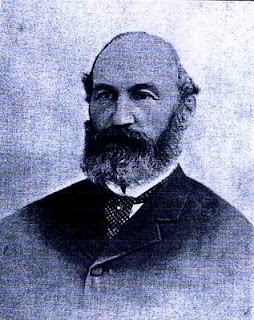 John Acraman, sheep-farmer and sportsman (c1829-1907)
A Bristol tea-importing venture, Acraman, Bush, Castle & Co, failed in 1846; and John emigrated to in 1848 to build the family’s business interests in . In the partnership of Acraman, Cooke & Co he built a thriving import-export business. In 1854 he formed Acraman, Main and Lindsay which operated four coastal ships and a relatively small sheep-farm (around 30,000 head) on two areas or "runs" on the Eyre peninsula, called Gum Flat and Maryvale (the latter named after his mother).
He later moved his operations to a vast area further west, where his two holdings (called Yardea and Wilgena) covered in total some 2,200 square miles. Yardea alone cost £50,000 to develop because of the need to install wells and fences. At the height of his success he and his partners were sheering around 150,000 sheep. Changes in the law about land ownership in the 1884 Crown Lands Act substantially reduced the size of the runs and eventually he withdrew from the industry and became a pillar of the business community. His name survives in the landscape in , a crater lake north-west of , and in on the coast south-west of the lake. 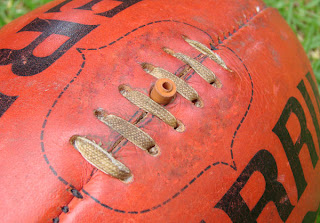 Back in 1854 one of John’s early imports into the colony had been a consignment of five footballs. It is clear that this was no mere business decision and that he was himself a keen footballer: in 1860 he met other interested parties at the Globe Inn in Adelaide to discuss the establishment of a local football club, of which he was (in the early games of its existence) player-captain. He became in time president of the Adelaide Football Club, and on its formation in 1877 a vice-president of the South Australian Football Association. In 2002 he was one of the inaugural inductees into the South Australian Football Hall of Fame, which describes him as the Father of South Australian Football.
Posted by Heart of the Wood at 07:30